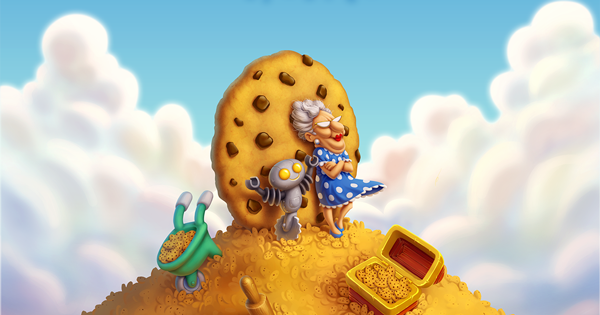 Not an idle games expert? Here’s everything you need to know!

Hello community, we’re back with a new blog entry! We know it’s been a long time since the last blog entry, but we’re finally here to make up for the lost time.

This time around, we’ll talk about a new game genre that has had great success in the last few years, especially among young people: idle games. But what are they? How do they work? If you’re not an expert, keep reading: you will surely have learned a little more by the end of this article!

Generally speaking, we define idle games as all those games that do not need constant interaction from the player to progress but are perfectly capable of continuing to run independently in the background, which is why they are also known as background games. Other names often associated with them are incremental games, self-playing games, clickers, and the like – you get the gist. The idea behind it is to click or tap on the screen to get resources that the player can later spend on upgrades to increase the number of resources produced both automatically and by clicking.

Therefore, idle gaming is quite flexible: it can be done actively (clicking) or passively (waiting for resources to accumulate or getting rewards for returning to the game). The most important thing is that at least some of the game mechanics need to occur idly, while the player is not playing, to be part of the category.

In most idle games there is no “game over”, but rather the possibility of starting a new game, which resets game progress in exchange for benefits on the next playthrough, such as the ability to store resources faster than the first time or similar features. This means that players can keep playing as long as they want … there is no real end to the game!

Fun fact? As explained in an article of Quantic Foundry published by Nick Yee (here’s the link to the original article), these games take inspiration from two games born to make fun of already existing game mechanics: Progress Quest by Eric Fredericksen, born as a parody of MMOs like EverQuest, and Cow Clicker, a satirical game created by Ian Bogost.

Progress Quest poked fun at the monotony of having to grind to level up by having the game do that on its own, while the whole point of Cow Clicker was clicking on a cow every 6 hours to collect “Mooney”. From these two games descended Cookie Clickers (sounds familiar?), which combined both idle and click mechanics.

As described in the book “The Pleasure of Playing Less” by Alharti et al., we can use different names to refer to this category of games based on the amount of interactivity required, which can range from little to none. Broadly speaking, we can identify three types of idle games:

Clicker games require the highest amount of interaction since the player needs to tap constantly on the screen to obtain resources; minimalist games, on the contrary, try to reduce the number of actions the player can perform by decreasing the activities available or in general by minimizing the interaction, which gradually becomes less and less required. At last, we have zero-player games, characterized by the fact that they do not need the player’s involvement at all. They are capable of running in the background on their own, ready to be picked up at any time.

But why do idle games work?

Think about it: in idle games, you make money (or resources that work like money) by basically doing … nothing. You can quit the game whenever you desire knowing that when you will come back, you will have more money than when you left. Pretty neat, right?

At the same time, though, as underlined by Mindstudios’ article, idle games still provide a few challenges to the player, mostly because upgrades get more expensive as time goes by. This means that the player needs to become more strategic about purchasing upgrades, trying to figure out which ones will be more profitable in the long run and which are the best combos. As for the main reasons for the success of this category of games, Aaron Le Conte in his article “Idle Games, Everything You Need to Know!” summarized them as follows:

At last but not least, here is what we are sure you were actually waiting for: a list of what we believe to be the best idle games around. Let’s get started!

Well, we are obviously going to be biased since our favorite idle game in the clickers category is actually our own game: Cookie Clickers.

The game is pretty simple: you need to bake as many cookies as possible by tapping on the giant cookie in the middle of the screen. The faster you tap, the more cookies you bake! When you have enough cookies you can decide to buy upgrades that will help you bake even faster, like the “AutoClick” or “GrandMa” upgrades. Like a true idle game, upon returning to the game the player can collect the cookies baked in his absence. Also, a few golden cookies will drop from the sky every now and then and give the player extra points when caught in time!

If you are curious to find out more, our game is available on mobile for both iOS and Android 😊

For the clickers category, but available only on pc and PS4/PS5, there is also My name is Mayo by Green Lava Studio.

The concept, as for all clickers, is that of tapping on the big mayonnaise jar in the middle of the screen to open the flask. Unlike Cookie Clickers, however, no upgrades are available to facilitate or automate clicks, you must reach the goal manually! On the other hand, it is possible to unlock achievements as you reach a certain number of taps on the screen or you can unlock fun facts or stories (tales of romance, anecdotes, etc.) which are released piece by piece. The more you tap the more you uncover!

Surely a strength of the game is the customization: the player can customize the jar of mayonnaise, dressing it as a rockstar or making it become another sauce, such as ketchup, for example.

Available for both pc and mobile, AdVenture Capitalist is a game developed by Canadian studio Hyper Hippo as a satire against capitalism.

As a money-making simulator, your goal as a player is that of building a financial empire starting from a lemonade stand. From this single stand, you have to press a lemon button to make the profit meter move until it delivers money to your savings. After having earned enough money, you can buy other stands to increase the profit or even hire managers to manage said stands. After having built enough lemonade stands, you can move to a new business, and so on and so forth.

To increase earnings, it’s possible to buy time accelerators and other upgrades, as well as clothing and accessories for your character. Pretty nice, huh? Capitalism simplified.

Speaking of idle games, an honorable mention goes to Fallout Shelter by Bethesda Softworks. It’s a free-to-play installment in the Fallout series, created for mobile gaming and later adapted for pc, too.

In this installment, you have to create your own vault and become an overseer of its inhabitants. You need to take care of water, food, and power, with the ultimate goal of increasing inhabitants and therefore the number of rooms in your vault. In order to obtain extra resources, you can send some of your inhabitants to explore the wasteland and then craft items with the materials they come back with (if they manage to survive the trip obviously). Ah, you also have to try to keep them happy by having them marry, pursue personal goals and find them their ideal job… not so easy in a post-nuclear world, right?

As underlined by Alex Rowe in his review of the game, what makes Fallout Shelter an idle game is the fact that there is no real difficulty to speak of: the game progresses by itself, you just need to check what the inhabitants are doing every now and then and try to provide them with what they need. It’s great if you want to relax!

Lastly, we have Idle Miner Tycoon by Kolibri Games. Similar to AdVenture Capitalist, this is a mobile simulation game in which the goal is becoming an industrial tycoon.

To build your empire you have to make investments to extract as many resources as possible: gold, coal, ruby, moonstone, amethyst, crystal, jade … and many others! You can automate your workflow by hiring managers to increase the motivation of your miners and make them work even while you are not playing – if you like offline gaming and idle cash, this is perfect for you. To expand your empire and therefore your profits, also, you can buy and manage different mines and by completing seasonal events and event mines you can gain lots of money and upgrades to boost your production. Not bad, right?

Well, we have reached the end of the list! What do you think? Will you give a chance to idle gaming? Let us know in the comments!

We hope you found this article useful and that it helped you learn something more about idle games. Remember to subscribe to our blog if you want to stay updated on gaming curiosities!

See you next month!