Advertising and User Engagement on mobile games: a win-win situation

Mobile advertising is not only a good way to make your Business grow, is also a great way to increase User Engagement and Retention in the App.

This article originally appeared in Italian in MD-Marketing Digitale Blog.

When it comes to User Experience for a mobile product, we’re not referring only to application design and UI (User Interface), but also to the experience as a whole: from searching to the graphics and textual presentation on the App Store, from downloading to all aspects that can stimulate the user to come back to the App in the future.

Advertising has taken a role of increasing importance in this matter.

Despite freemium model being the most popular and profitable (TOP 100 grossing Apps in the Overall category in US are all resorted to this business model, AppAnnie data), allowing an optional purchase of additional content and extra features, the use of advertising is still widely used and growing.

As a matter of fact, advertising is often considered to be intrusive, and it has become “invisible” to users and therefore ineffective. Furthermore, the decline in ad profitability (lower and lower eCPM) has made it less attractive.

The market has found a compromise solution by combining the different possibilities of entertainment offered by the advertising with new forms of remuneration, convenient for both developers and users. The growth of video and the subsequent spread of a new business model, Rewarded Ads, had allowed a form of advertising that users themselves are willing to look at to get a “prize” in exchange, such as an extra life in the game or a special content in the App. 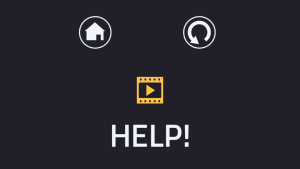 All Right – Line Up! Get help through Rewarded Video Ad

This solution is certainly a win-win, since it is able to maintain high engagement, and, if the right mix of content and user’s interest is created, it increases retention and LTV (Life Time Value), while ensuring higher eCPM.

This is especially true for mobile games, where it has become the standard business model so far. But even if we think about other social apps and services, such as Spotify, we realize that we’re willing to see advertising to get the service for free. 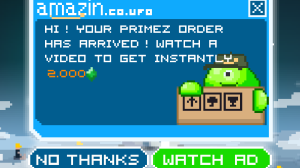 We could say rewarded ads in Apps are not different from the ads in free press newspapers, radio, TV, big web sites, adding the “NO ADS” option for those users who are willing to pay.

However, traditional advertising is becoming invisible, and it’s a reality for the majority of Ads on web pages, where the ad contents have a very low CTR and the quality of users is not always on target with desired one.

The mobile instead still leads to quality conversion and interest in the messages.

According to a research conducted by Fyber, rewarded advertising can lead to a net increase in the ROI especially if delivered by mobile games. App developers can be reassured about the most common myths related to advertising: 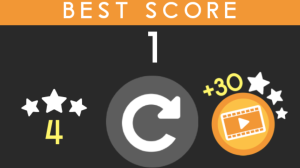 The right synergies are possible, and they can bring mutually profitable relationships. If the brand is willing to create a mutual exchange relationship with the chosen mobile channel, having full respect for user experience and trying to add value, it is then that advertising can truly achieve its purpose: connecting through a shared message.